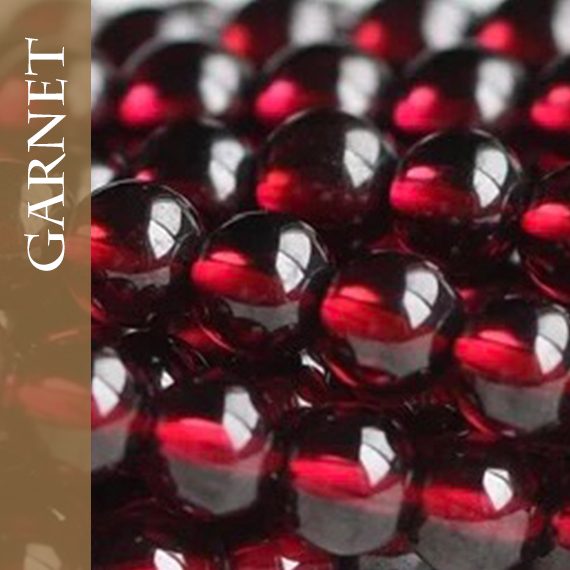 “...to resist melancholy and poison, stop the spitting of blood and dissolve tartar in the body” —William Rowland, the eminent Physician, on the special medicine prepared from GARNET, 1669

Garnet is the stone associated with birth and the month of January. It is also noted for its toughness.

Since earliest times, gems have been valued as talismans that will keep their wearers safe from harm, which is why children in the parts of Greece still carry garnet talismans to guard them against drowning.

According to William Rowland, medicine prepared from a “magistery”of red garnet was prescribed to stimulate the heart, reduce its palpitations, improve blood flow, remove toxins and throw off melancholy.

Nowdays, a lot of antique jewellery are setting with Garnet.