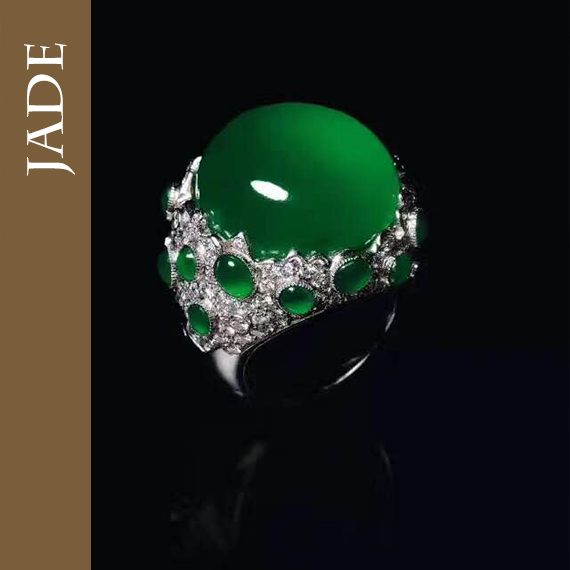 Until the 1800s, jade was thought to be just one stone, but we now know that there are two types—nephrite and jadeite. Similar in appearance, both are fine and hard enough to have been carved into cutting tools and weapons by the ancients and to have been used for all kinds of carving ever since. Nephrite is included in the amphibole(horneblende) group. When viewed under the microscope, this mineral is seen to be composed of fibrous crystals matted and interlocked to form a very tough structure. Its colouring varies from green, grey, or white(the so-calledmutton fat), to brown and yellow. Nephrite is often called New Zealand Jade and is far more widespread then jadeite. Jadeite, its crystal system is monoclinic, was recognised as a separate mineral in 1863, by the French chemist Damour, who analysed two separate specimens of jade from China and found them to be different minerals. Since nephrite was firmly established, he called the second specimen jadeite.