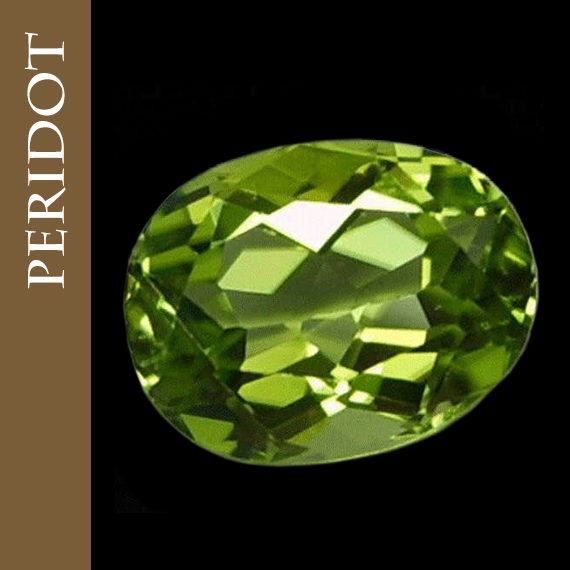 Peridot is mentioned in many ancient references as It is mentioned throughout the Bible, and early Christians considered it sacred. Today still, Catholic Bishops traditionally wear a ring of peridot as a symbol of purity and morality.

The peridot was believed to be a stone of springtime by ancients who considered it a gift from Mother Nature. Napoleon once made a gift of peridot to Josephine as a symbol of undying love and admiration. In ancient times, it was said that a dream about peridot foretold impending danger.

Peridot is a stone of lightness and beauty. Only spiritual or clear-minded persons should use peridot. The very spiritual can wear peridot in a necklace with the stone at the base of the throat to feel its soothing effect. Used in a necklace, peridot is a protector against negative emotions.

Peridot has been known to have healing effect on the gall bladder and liver.