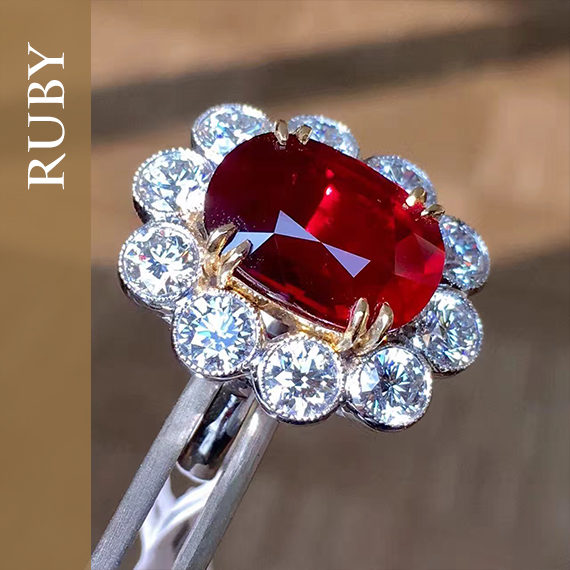 In the fourteenth century, Sir John Mandeville recorded that whoever owned a ruby was assured of a peaceful coexistence with all men, able to live a tranquil life in the knowledge that his rank and lands would not be taken away from him. Once he had touched the four corners of his lands with his ruby, then his house, vineyard, and orchard would be protected from lightning, tempests and poor harvests. The ruby in question was considered to have greater effect when set in gold and worn on the left side of the body, either as a ring, a bracelet or a brooch.

Throughout the ages, ruby has been thought to banish sadness, dispel nightmares and protect its wearer from plagues— and this is still believed in some parts of the world today.